The AURA-SOMA® system provides you with a way of accessing your self.

AURA-SOMA® is colour for everyone. A non-intrusive and self-selective system in which colour is the key. It is an ancient knowledge that has been refound and revitalised into a living system easily accessible to all. At this pivotal point in history, AURA-SOMA® speaks to you through 115 beautiful bottles of rainbow coloured oils, special essences, pomanders and quintessences.

AURA-SOMA® can help improve your spiritual well being, moving you toward a deeper understanding of y ourself. AURA-SOMA® enables you to be in touch with the essence of yourself that always reflects your inner beauty. When you have made contact with this inner source it also has an effect upon the outer aspects of yourself. To bring inner beauty out, to reflect your positive gifts and talents, to help you to be in touch with why you are here and what you are here for.

The Language of Colour.

Through consultation and the application of colour this “Window of the Soul” approach reveals aspects of yourself in a form that you can begin to understand and accept.

You are the colours you choose. The colours you chose will reflect the needs that lie hidden within. Your colour choice will help you to recognise these needs at a deep level. Through its use and application the system opens levels of communication between the self and the soul. Your chosen colours have the capacity to support you in a deeper understanding of your “soul” selves, past, present and to come. Through the wave-lengths of colour you are given clues to becoming self empowered and you will discover that you really can create your own future.

AURA-SOMA® invite you to discover the amazing system and in so doing find a route to discovering your true self. In love and light.

In 1984 the name AURA-SOMA® and the vision of its creation, was bestowed upon Vicky Wall. In a series of re-occurring meditative visions – Vicky was given the same message repeatedly – she was told to “go and divide the waters”. 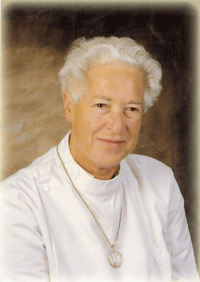 Vicky, a practicing chiropodist, pharmacist and herbalist was 66 years of age and clinically blind. She had no idea what she was doing when she found her self in her small laboratory and formulating a mixture comprising different layers and colours of the most natural ingredients she could find.

This marked the birth of ‘Equilibrium’ . Vicky later reported – “that other hands had guided her own” – she could see neither the beautiful jewels she had spontaneously and inspirationally created nor their possible intended purpose. Even more bewildering to her was the resonant power she felt emanating from them, as they radiated in the sunlight of the following morning – clearly revealing two distinctly separate and different layers.

Thousands of Vickys’ clients were attracted to the ‘Equilibrium’ Bottles and this allowed her to build a body of solidly researched knowledge. Why did people choose certain bottles? What affect did the bottle/s have on their life after continued exposure to them? What were the individuals “life dynamics” before and after continued exposure to or use of the contents of certain bottles?

Over a period of a few short years, this in depth analytical approach verified the answers to all these questions and more. With absolute certainty Vicky was able to confirm the premise that “Colour speaks a language of Its own “.

Mike Booth met Vicky in 1984 and from that date remained with her, as her constant companion and confidant. They travelled and taught together until her death in 1991. Since that time Mike has been responsible for the development of the wonderful AURA-SOMA® system, his efforts and dedication has brought AURA-SOMA® into the lives of many people. AURA-SOMA® attracts a growing global following with a system that satisfies some of the needs we are discovering in a profoundly changing.